5th Amendment (Full text)
"No person shall be held to answer for a capital or otherwise infamous crime, unless on a presentment or indictment of a Grand Jury, except in cases arising in the land or naval forces or in the Militia, when in actual service in time of war or public danger; nor shall any person be subject for the same offence to be twice put in jeopardy of life and limb nor shall be compelled in any criminal case to be a witness against himself, nor be deprived of life, liberty, or property without due process or law nor shall private property be taken for public use with out just compensation" 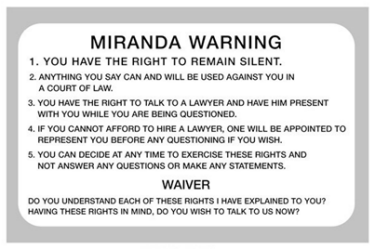 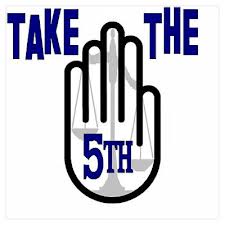 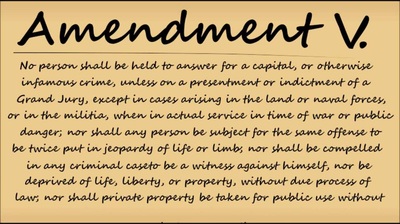 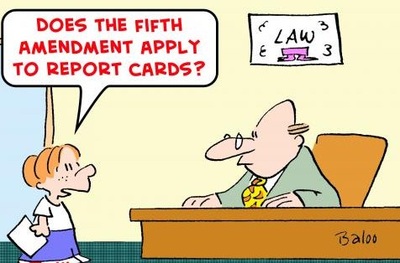 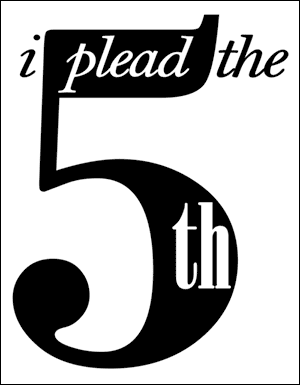 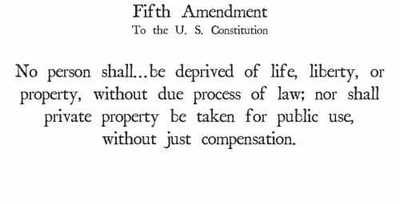 The 5th Amendment is the protection of the accused. It grants a fair and speedy trial with a impartial jury. It also protects the accused from being tried for the same crime twice. The 5th amendment also protect you from having to self incriminate yourself. And it also includes that if the government takes your private property, they must give you just compensation for it.

In J.D.B. v. North Carolina, the Supreme Court was asked to decide whether the age of a child subjected to police questioning is also relevant to this custody determination.

Facts JDB was a 13 year-old student in the seventh grade when a uniformed police officer on detail at the school escorted him from his social studies classroom to a conference room where two school administrators and another police officer were waiting. In the closed-door room, Police Investigator Joseph DiCostanzo questioned J.D.B. for 30 to 45 minutes about some recent neighborhood break-ins. Among the items reported stolen was a digital camera that had been found at the school and seen in J.D.B.'s possession. J.D.B. first denied his involvement. However, after the investigator pressed him for additional details about his presence in the neighborhood after one of the break-ins and confronted him with the stolen camera, and after the assistant principal urged him to tell the truth, J.D.B. asked whether he would "still be in trouble" if he returned the "stuff."
Investigator DiCostanzo then warned J.D.B. that he may face juvenile detention. J.D.B. confessed. At that time, Investigator DiCostanzo told J.D.B. that he could refuse to answer questions and was free to leave. Asked whether he understood, J.D.B. nodded and provided further details, including the location of the stolen items. He also wrote a statement, at the investigator's request. When the school day ended,J.D.B. was permitted to leave.
Procedural History: The state of North Carolina charged J.D.B. with breaking and entering and larceny. The public defender who represented J.D.B. moved to suppress his statements and any evidence gathered as a result of those statements. The public defender argued on behalf of J.D.B. that J.D.B. was in custody at the time he was interrogated and that the police had failed to give him a Miranda warning. The state trial court ruled that J.D.B. was not in police custody and denied the motion to suppress the statements and evidence. The court adjudicated him delinquent, finding that J.D.B had violated criminal laws.

Issue:"Whether the Miranda custody analysis includes consideration of a juvenile suspect's age." More specifically, whether "a child's age 'would have affected how a reasonable person' in the suspect's position 'would perceive his or her freedom to leave.'"

Supreme Court holding. Yes. "So long as the child's age was known to the officer at the time of police questioning, or would have been objectively apparent to any reasonable officer, its inclusion in the custody analysis is consistent with the objective nature of the test. . . . Just as police officers are competent to account for other objective circumstances that are a matter of degree such as the length of questioning or the number of officers present, so too are they competent to evaluate the effect of relative age."

The Supreme Court reversed the judgment of the North Carolina Supreme Court and remanded the case to the lower court to determine whether, taking his age into consideration, J.D.B. was in custody when he was interrogated.

Taking a young child into custody can be really scary. And if he/she is being cooperative and answers everything and answers truthfully, children ages 10-14 probably dont need to be taken into custody.