8th Amendment (Full Text)
"Excessive bail shall not be required, nor excessive fines imposed, nor cruel and unusual punishments inflicted." 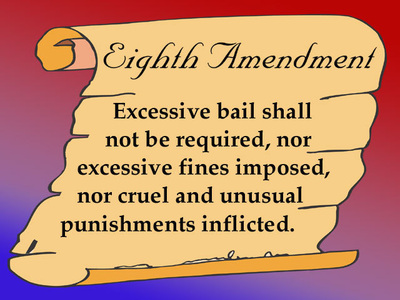 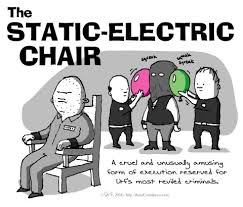 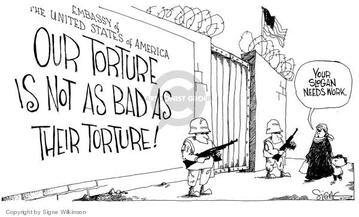 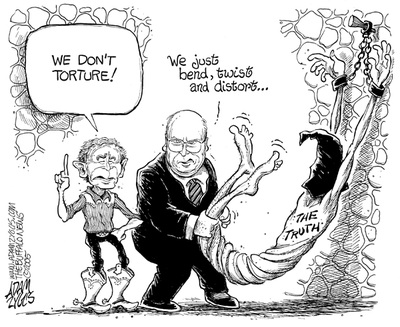 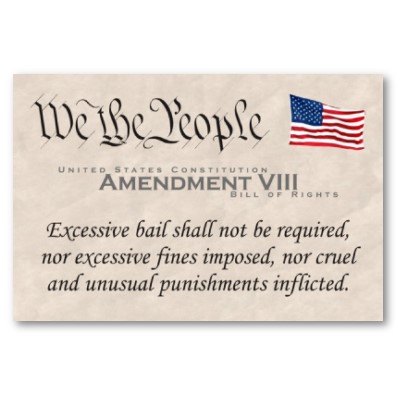 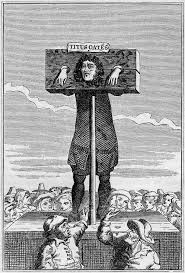 James Ingraham, a 14-year-old eighth-grader at Drew Junior High School in Miami, was taken to the principal's office after a teacher accused him of being rowdy in the school auditorium. The principal decided to give him five swats with a paddle, but James said that he hadn't done anything wrong and refused to be punished. He was subsequently held down while the principal gave him 20 swats.

While corporal punishment was permitted in the school district, James suffered bruises that kept him out of school for 10 days and he had to seek medical attention. James and his mother sued the principal and other school officials, claiming the paddling violated Eighth Amendment protections against "cruel and unusual punishments."

Ruling
The Supreme Court ruled against James. The Court said that reasonable physical discipline at school doesn't violate the Constitution. The Eighth Amendment, the Justices said, was designed to protect convicted criminals from excessive punishment at the hands of the government—not schoolchildren who misbehave.

The Court, however, did direct teachers and principals to be cautious and use restraint when deciding whether to administer corporal punishment to students. The Justices suggested that school officials consider the seriousness of a student's offense, the student's attitude and past behavior, the age and physical condition of the student, and the availability of a less severe but equally effective means of discipline.

Impact
The Court left the question of whether to allow corporal punishment up to states and local districts, which traditionally set most education policies. Twenty-two states currently permit corporal punishment in public schools, and 28 have banned the practice.

I feel like James' rights were violated. Hitting children is wrong in general but is especially wrong at school. The teachers do not have any right to hit or inflict corporal punishment on someone else's children.